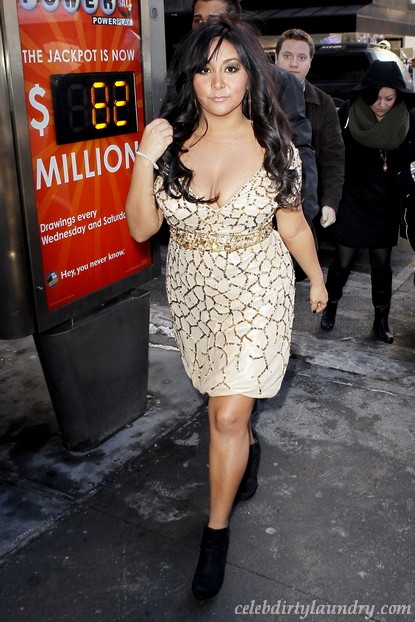 Snooki, JWoww and the new Jersey Shore chick decided to take a drive to the store to purchase some clothes for the boys. On their way, they decided to disgust the viewing public with their talk.  Geez they are both mothers, they should know better!

Yes, it’s healthy to talk, etc., BUT — Do you really want to hear Snooki and her troll talking about their personal stuff? The video depicts Snooki telling the other girls what she did for an entire day at home and the next day, does she really think anyone is interested? Ummm, gross. We do NOT need to hear about this.  How about you?

We are still cringing over here at the fact that MTV allows this crap to be on television at all. And they want to get the show thrown off the air?