Snooki Slims Down for Jersey Shore 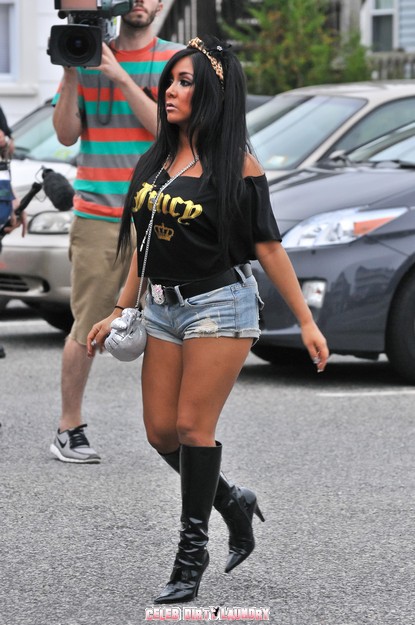 Despite her fear of packing on the pounds while in Italy, Snooki is looking healthier than ever.  The reality star has been seen hitting the gym while shooting season four of Jersey Shore in Florence.  “I definitely want to get in shape and be healthy again. It’s really hard to eat good when you’re traveling because you see fast food – and you want to go to this restaurant and that restaurant.” she said.

But even though she looks fit now, the 4’9 reality star has admitted that she hasn’t been too happy with gaining extra weight while at the shore.  “Two months before season 1 started, I was 100 lbs. and really happy with myself. Then I went on the show and it was like, “Oh man. We’re partying all the time, and who wants to go to the gym when you’re on vacation?” she said.

Snooki is now making healthier choices. Like, instead of ordering a Long Island Iced Tea (which is “like, a million calories”), she’ll opt for a seltzer and vodka.   “If you do drink, it’s gotta be clear liquids,” she said.

Image credit to WENN and Source