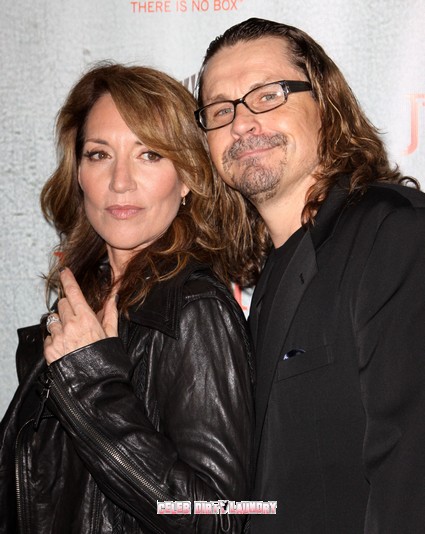 Kurt Sutter went to Twitter and typed off the following after learning that his baby has been passed over by the Emmy committee:

“Best part of not getting an emmy nod. now i don’t have to pretend i give a s**t about the profiteering douchebag academy … because you know if we were nominated i’d be all humble and blowing smoke up their asses. now i can stay true to myself and just be a d**k.”

He continues with a joke — “These two academy member walk into a bar. one orders a beer. then they both die because they’re so f**king old.”

And … “If my mom and dad were alive this emmy snub would kill them. that’s not true, they were too old to understand my show. just like the academy.”

Sutter also took aim at “Glee” … writing, “f**k glee. hate those annoying, ‘please accept me for who i am’, singing brats. there, i said it. are you happy?”

He went on to explain, “I love ryan murphy [‘Glee’ creator]. he’s always very cool with me. love glee too. just tired of all the j**z piling up at its feet.”

Too bad for Kurt that Sons of Anarchy just isn’t that great. The plot is absurd, most of the acting is hammy, it doesn’t even compare in viewing quality to great shows like Breaking Bad, Weeds, or True Blood.