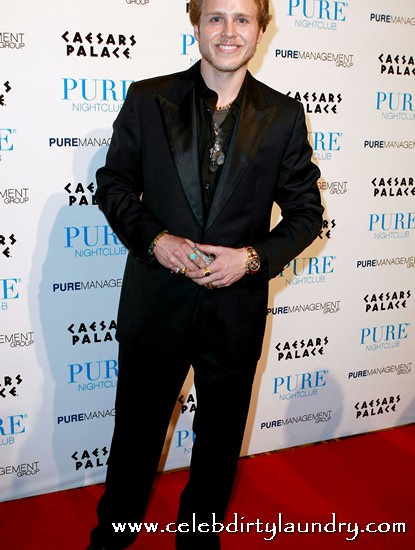 I’m still on the fence over this story.  I say that because, well, it’s Spencer Pratt and you just never know what you’ll get with him.  According to Hollywoodgossip.com, the reality star/doochebag ‘critically injured’ himself while trekking through the ‘hills’ in the UK…. no pun intended.

Pratt had been in Wales over the past week, taking in the sights and hiking the UK’s countryside.  Again, I find this hard to believe. Apparently he attempted to take a shortcut down a steep hill and took a terrible fall, ‘losing consciousness and suffering severe injuries’.  I bet you he cried like a baby too.

No word on the extent of his injuries, but sources are saying it doesn’t look good.  Some reports have indicated ‘severe head trauma, possibly resulting in a coma’.  Forgive me if I’m being too insensitive, but is this another one of Speidi’s jokes?  And speaking of Speidi, where the heck is old’ wifey/blow up Barbie doll, Heidi?  I guess we should count our lucky stars they weren’t together?

This story is obviously still developing so everyone stay calm and I’ll update as soon as I hear anything…maybe.