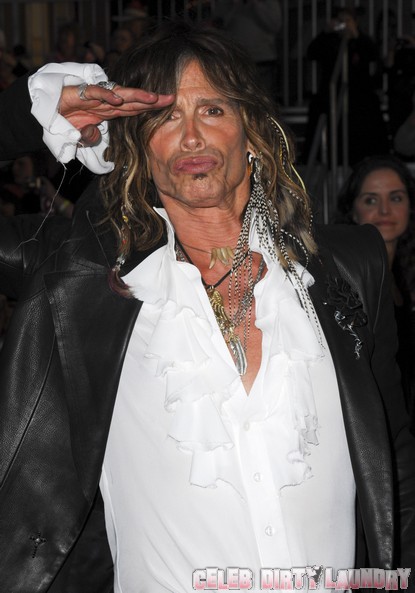 When he was younger, the Aerosmith singer said that he experiminted with other men, but realized that it wasn’t for him. In his new autobiography, Does The Noise In My Head Bother You?, he revealed, “Gay sex just doesn’t do it for me. I tried it one time when I was younger, but I just didn’t dig it.”

He has been married twice and has had four children, but said that he has never been with a woman who has trusted him due to his outrageous image.

He said, “I’ve never had a relationship with a woman who really trusted me. I’m this guy onstage with an outrageous, larger-than-life persona, a persona designed to be over-the-top, out there – and nasty.”

The ladies in his life (and perhaps the guy he had sex with) were probably impressed with what he has going on downstairs. Former Guns N Roses drummer Steven Adler even commented that Steven’s junk was huge.

He said, “After seeing Steven Tyler’s rig with five different girls’ hands wrapped around it, I’m lucky if I take my clothes off at all after that. I was devastated!”