Steven Tyler Had An Affair With A Teenager?!? 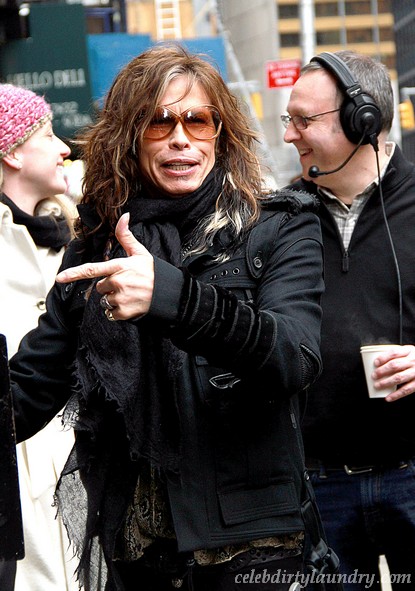 Steven Tyler has been quite the flirt on American Idol! Now — we hearing that he really does like ’em young!

I had no idea that Steven had an affair with a fifteen-year-old girl when was 25! What a creepy perv!

Star magazine reports that the Aerosmith rocker fell in love with the teen girl and had a three year relationship with her – way back in the seventies! Wow….Who knew?!??

A source said, “Everyone thought they were both nuts when they got together. But it was typical of the rock ‘n’ role decadence of the 70’s. It couldn’t have happened in any other era. Steven was totally in love with Julia. Women threw themselves at him, but he didn’t want anyone else!”

Chris Hansen is totally giving him the side eye, now. Steven said of their hooking up, “I was so in love with her. She was mysterious and as sexual as I was. It was like incredible — and so delicious.”