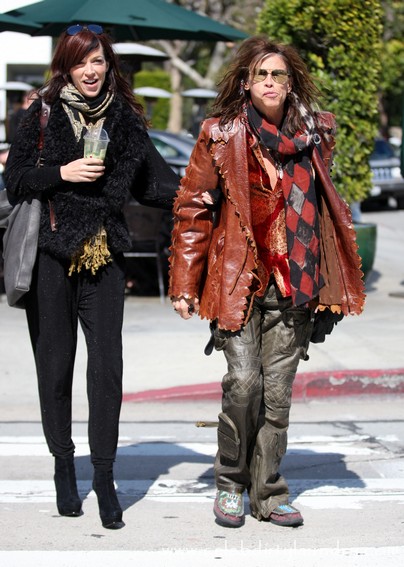 A source recently said, “Erin is very protective of Steven.  She gets jealous even when he tosses a sideways glance at another woman. And during the auditions, he made it clear that he was more than a little interested in some of the young female contestants.”

Steven has been dating Erin since 2006.  Rumor has it they are engaged.  Erin is said to have convinced Steven to take the gig on American Idol.  Good thing she did Steven has breathed new life into American Idol.  I started watching Idol again because of him.  When idol lost both Paula and Simon many people speculated the show would fail this season.  Fans have been pleasantly surprised Steven is unique, entertaining and fun to watch!

Image credit to The Machine/WENN