Steven Tyler Snorted Coke While Former Girlfriend Had An Abortion 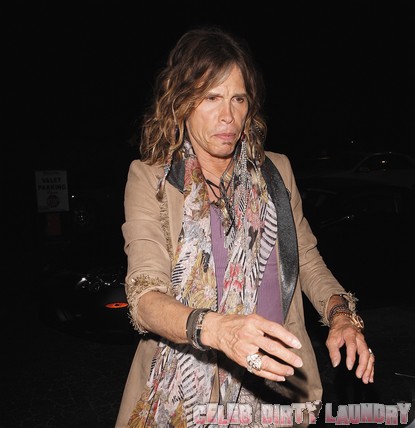 Now that Steven Tyler has released his official autobiography, a former girlfriend has come out of the woodwork to talk about the abortion she was forced into and the Aerosmith singer’s obvious drug problem.

Steven released his book, titled, Does The Noise In My Head Bother You? Now, his former girlfriend, Julie Holcomb has come forward to correct the record.

She said that she was five months pregnant with their son when Steven forced her to abort their baby. He threatened to leave their relationship if she didn’t comply. The two dated back in 1973 and she’d gotten pregnant at the age of 17.

In the fall of 1975, she had a fire at her apartment, which Steven used for his own benefit. He told her that she should have an abortion because she suffered too much smoke inhalation, even though the doctor had already assured her that she and the baby were both fine.

She told of her protests against having the abortion, but Steven was insistant. She said, “I was worn out and began to feel hopeless. I began to cry and agreed to have the abortion. Steven was relieved and happy. He reassured me that he cared for me and that after the abortion everything would be fine.”

She went on to reveal, “Steven watched when the doctor punctured my uterus with a large needle. Then I was taken to a room to wait for the contractions. Steven sat beside me in the hospital until it was over. When the nurse would leave the room he was snorting cocaine on the table beside my bed. He even offered some advice to me once, but I just turned away, sick inside. Steven, high on cocaine, was emotionally detached, witnessing the procedure but cut off from the normal reaction and feelings of horror you would expect. At the time, I was shocked and hurt by his behavior.”

Wow. What a douche. Could you imagine getting pressured to have an abortion by someone and then they have the nerve to do cocaine at your bedside???