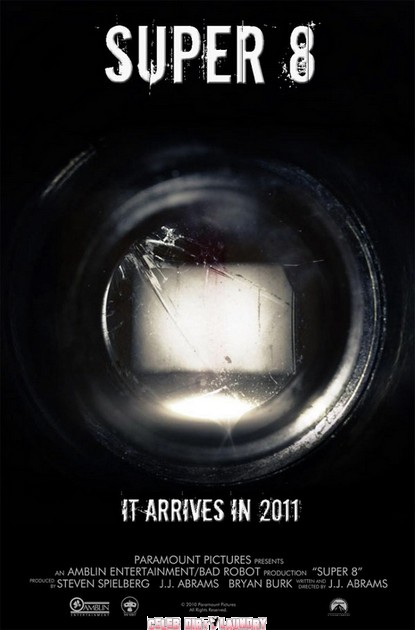 I’m not surprise to hear that the film, Super 8 – directed by Lost’s J.J Abrams and produced by Steven Spielberg – took the number 1 spot at the box office this weekend.  It grossed $37 million upon opening, bumping out X-Men: First Class that was released the previous weekend.

Movie reviewers were unsure as to whether the film would be a success after the vague storyline detailed in the trailer, but nonetheless that didn’t stop moviegoers from hitting the theaters to see what the entire buzz was about.

The plot (as secretive as it was) centers on a group of kids in a small Ohio town who spend the summer of 1979 making a home movie on the 8mm film format.  That explains the title then.  When filming one evening at a train station, the kids witness a train crash – but not just any old crash.  Unexplainable occurrences and disappearances begin to unfold, and audiences soon learn that an alien life form is responsible for the chaos that ensues.  Paramount Pictures, who released the film, opted to not give fans a glimpse of the alien creature in the trailer, only further adding to the mystery surrounding the film.

The film apparently cost $50 million to make, so all I can say is that I’m glad it did well, and I’ll be definitely heading to the theater to see it!