Survivor Redemption Island – Week FIVE Recap & Who Was Voted Out? 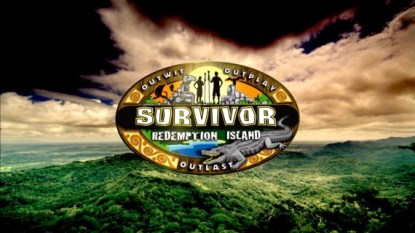 Survivor: Redemption Island was supposed to be a showdown between the two best players to ever compete, Russell Hantz and “Boston” Rob. Unfortunately that is not going to happen because Russell’s team pegged him as a threat and got rid of him as fast as they could last week. At Redemption Island, Matt not only beat Russell, he reduced him to tears.

Ometepe: Phillip realizes that he is the odd man out on the tribe, walking around in his pink panties probably doesn’t help!

Zapatera: Steve feels like everything is going according to plan but realizes that he needs to snag Russell’s ladies.

At Redemption Island, Stephanie and Krista (Russell’s girls) from Zapatera and Rob and Grant from Ometepe get to watch Kristina try to knock Matt of his Redemption throne. While Matt is trying to do the puzzle, he asks Rob why he voted him out and Rob says it doesn’t take one person to vote someone out. Matt wins while he is talking to Rob, Kristina is going home. Russell’s girls tell Rob and Grant that their buffs would look really good on them, taking the opportunity to game play at the challenge.

Ometepe: Phillip is frustrated that he cannot make an impression on the ladies so he tries to work on Andrea, telling her that they would make a good alliance with Matt if and when he returns. Phillip calls Rob a king and himself a dictator, nutso!

Zapatera: Russell’s girls strategize on their way to camp, realizing that they are both on the chopping block. At camp, Stephanie and Krista feel like the rest of the tribe are slacking off with their game play since Russell went home and too confident.

At the immunity challenge, reward is coffee and pastries, one person on each tribe is the caller and the person to complete a puzzle. The caller has to navigate the blind folded team members through a maze to collect puzzle pieces. The caller for Ometepe is Rob and Stephanie for Zapatera. At Zapatera, Steve and Julie sit out because they have too many members. Ometepe has the lead and Rob wins immunity for his tribe.

Ometepe: Phillip is trying to trade donuts for a massage, yuck. Rob finds a clue for the Immunity Idol in the reward, but Grant witnesses it and when he’s not looking Rob swaps it with his original clue to give to Grant to thwart him off the trail of the idol.

Zapatera: The tribe is upset with Serita for choosing Stephanie to do the puzzle at the Immunity challenge. Stephanie and Krista feel that there is no sense in campaigning for tribal council because one of them is going home.

At tribal council, Krista speaks her mind but tells Jeff that they don’t know who is going to be going home but they have faith in Redemption Island.

Two votes for Steve, five votes for Krista – she is voted out.