Survivor Redemption Island – Week 13 Recap & Who Was Voted Out? 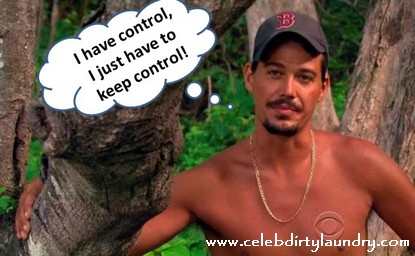 This week’s Survivor Redemption Island Week 12 post is brought to you by Rosie from Fit Fab Celeb. If you missed last week’s show you can catch Rosie’s great RECAP HERE.  One of the best seasons in the history of Survivor is coming to a close.  Will Boston Rob, who has never scored better than bridesmaid, despite his reputation be able to finally actually win this game?  Let’s find out what happens on tonight’s show!

Fresh off a blindside, the tribe is thrilled that they got rid of Andrea in the last episode. Will Boston Rob be able to finally actually win this game? Tonight’s episode will lead into Sunday’s finale, I’m rooting for Boston Rob.

The real question, a lot of us are waiting for an answer one, is Phillip as crazy as he makes himself out to be? Steve got voted out and is happy back at home, this is what he had to say about Phillip to People Magazine:

“Any great actor couldn’t act it 24/7 for a month. The real you is going to come out sooner or later and its just really exposing him for who he really is. I highly doubt that he was a special agent or anything like that. I called him “crazy” and all of a sudden he thought that that meant the N-word. I just think he’s mentally and emotionally unstable and I think Jeff did a good job exposing it. I’ve gotten great response from my family, friends, and teammates. The guy is who he is. I think he’s just a few bricks short of a whole load. He’s a bit loony.”

Andrea arrives on Redemption Island and does not get a warm response from Matt who is still angry that she threw him under the bus.

It is down to the challenge on Redemption for their life in the game; Andrea, Mike, Ralph and Matt fight to the finish. They first ave to navigate through a maze to get their puzzle pieces and the first three to complete the puzzle stay in the game, Ralph loses – he’s out of the game.

Days are getting longer and food supply is getting smaller. Phillip is still pissing people off – he tells the girls that they don’t need as much food as the guys to survive so they should be eating smaller portions! The girls are pissed and start yelling at Phillip – in frustration they both walk away. Rob sees that Ashley and Natalie are getting too close for comfort and realizes that he needs to split them up.

Ashley approaches Rob to get rid of Grant and he is completely against it – he uses the information, tells Grant and turns him against her.

At the challenge  – everyone is running around trying to put the pieces together to make a fish skeleton puzzle, with one hand, Rob is close to finishing but Ashley beats him, wins immunity and reward. Jeff Probst tells Ashley she can take one person with her, the reward is room service and she chooses Natalie. What an idiot! Instead of strategically using the reward to move herself ahead in the game – no doubt Rob will now get rid of Natalie.

The girls come back from the challenge and they are both celebrating, meanwhile give Ashley’s win, Rob has to change his strategy and vote out Grant. What? I don’t know why he just doesn’t vote out Natalie. The girls receive all the food they ordered, right at camp and gorge out on all sorts or rich food just behind where the men are sitting. Meanwhile, Natalie is not too happy that Ashley picked her, she feels it will put a target on her back.

At Tribal Council, Ashley tells Jeff that she felt that she was going to win immunity. The fact that Natalie and Ashley are getting closer comes out in the open and the two girls are stupid enough to admit that, yes they are close and happy about it. It’s time to vote – Natalie  2 votes, 3 Grant  votes.