Survivor Redemption Island – Week NINE Recap & Who Was Voted Out? 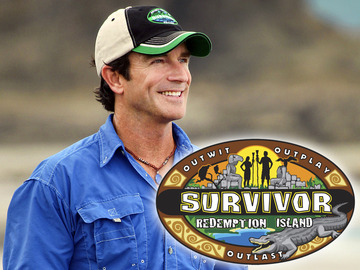 Our guest blogger, Rosie, from Fit Fab Celeb, provides us with a recap of tonight’s episode of Survivor Redemption Island.  Episode nine starts off with a reminder of just how dumb Matt was in trusting his teammates, it took him right back to Redemption Island.

The tribes may have merged, but in name only. Rob details has a plan to keep them separate by having two places to sleep and even different shifts for eating.  Rob is doing everything he can to mess with their heads, looks like he’s got control of the game and Ometepe.

Natalie tells Rob that Ralph and Ashley had a private talk about votes and Natalie’s decision to not say anything to Rob who finds out anyway and now has an axe to grind.

Grant is leading with Mike not far behind. The final round has Grant, Mike, and David fighting for immunity. No surprise, Grant wins immunity.

Back at camp, Rob has ‘Idol Paranoia’, can’t help but keep looking for another idol. Ometepe strategies on who they are going to vote out David or Mike.

At Tribal Council the votes are revealed;  5 votes for The Feathered One, Phillip and 6 votes for Mike who heads to Redemption Island with Matt.

Back at camp, Ralph is practically begging to be a part of Ometepe. Tonight we get another Immunity Challege, this one has the ultimate prize, cheeseburgers! Castaways have to hang for as long as they can and the last one to fall wins Immunity. Everyone has the option to either play for Immunity or eat the burger, Steve and Phillip choose to eat.

Boston Rob’s hat falls first and then down he goes. Julie is first down in the second round. Grant and Ralph are next, with David as the only man against three ladies. In the end, Andrea is the last one down and takes the immunity.

Rob is running his tribe like an army, he convinces them not to eat some fish that landed dead on the beach because rigor mortis already set in; although Grant wanders off to the other side for a bite.

Tribal Council #2, Rob gets a little nervous when the first four votes are against him. David gets six votes and he is voted out.

Two guys are on their way to Redemption Island and next week we can all look forward to Phillip playing the race card!