Survivor: Redemption Island Week TWO Recap & Who Was Voted Out? 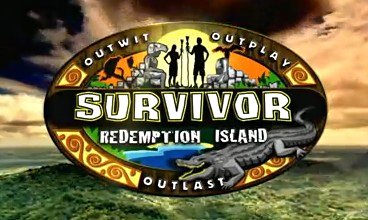 Are you ready for the second episode of Survivor 2011?

The episode begins with Francesca making herself at home on Redemption Island. Kristina regrets opening her big mouth about the idol she found in the last episode. Rob calls it as he sees it, Phillip “Mr. Special Agent” is not quite all there and puts his plan into place to vote him out.

Philip goes back to his primal state, to hunt a baby crab (in his underwear) and all his team mates look on and try not to burst out laughing.

On Zapatera, Russell is in complete control. He joins up with Krista and Stephanie to look for the idol before a clue is received to find it, meanwhile, Ralph overhears and starts looking for it himself and finds it.

Back over Ometepe, Rob is already thinking about who is going to sit with at the end and starts to work on Natalie.

At the reward challenge, the contestants are playing for fishing gear. David sits out from the Zapatera tribe to make the count even. They have to swim out to a platform, break a tile to collect a key, they need five keys, then they open a box, with three locks, to retrieve a ball and break five tiles with the ball. Reward is fishing gear. Philip and Ralph work against each other with Ralph taking a lead for Zapatera and wins reward a immunity for his tribe. Matt goes over to Zapatera a shakes their hand, Rob is furious and to tribal council they are all going to go.

Back at Zapatera, Russell is sly and grabs the clue from the reward basket but Ralph notices and tells the rest of the tribe.

At Ometepe Rob campaigns to give Phillip the axe, but decides to blindside Matt instead. Philip, makes another ‘idiot’ move, at tribal council says that he looks forward to going to Redemption Island to meet his nemesis, Francesca! Before Jeff counts the votes, Christina steps up and gives up her immunity idol.

First blindside of the season, Matt gets voted out and Phillip doesn’t get his wish to be back with Francesca. Redemption Island will allow the most devious, cunning players to stay in the game and win over the socially powerful gangs, therefore Boston Rob and Russell have a good chance of making to the end.

Next week, Zapatera learns there is high cost to turning your back on Russell and over on Ometepe, Rob finds out that Andrea wants to slit his throat!