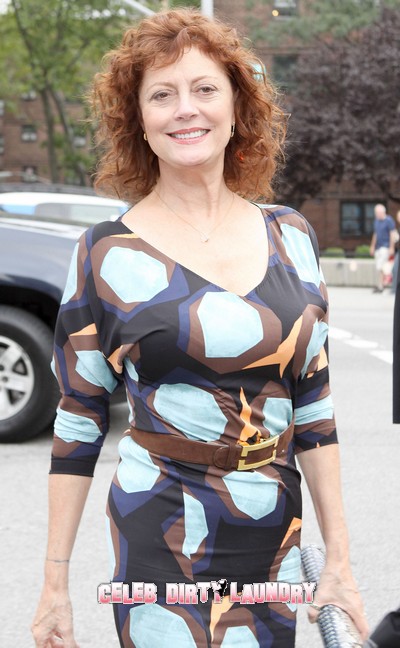 Susan Sarandon probably won’t be invited to Vatican City any time soon… since she recently referred to the current leader of the Catholic Church, The Bishop of Rome, His Holiness, Pope Benedict XVI, as a ‘Nazi.’

Newsday reports that during an interview with fellow actor and filmmaker Bob Balaban on Saturday Sarandon made the reference when she was discussing her 1995 film ‘Dead Man Walking.’

During her conversation with Bob, she said: “The last [pope],” speaking about Pope John Paul II, “Not this Nazi one we have now.”

Sarandon has come under fire after she made the inflammatory remark about the man who leads the largest Christian Church in the world with approximately 1.2 billion followers.

Following the comment, Bill Donohue, the president of the Catholic League for Religious and Civil Rights, has described the ‘Lovely Bones’ actress as being “ignorant and full of hatred to the Catholic Church.”

He told E!: “She’s a despicable person to make these kinds of despicable remarks.”

“He deserted the Hitler Youth at the first moment. [Sarandon] doesn’t know what she’s talking about… To blame him for something that he was never responsible for; he was forced to join as every boy his age was. Unlike the others, he deserted.”

When Hank Williams Jr. referred to President Obama as ‘Hitler’ in an analogy he was booted off TV. What fate awaits Sarandon?