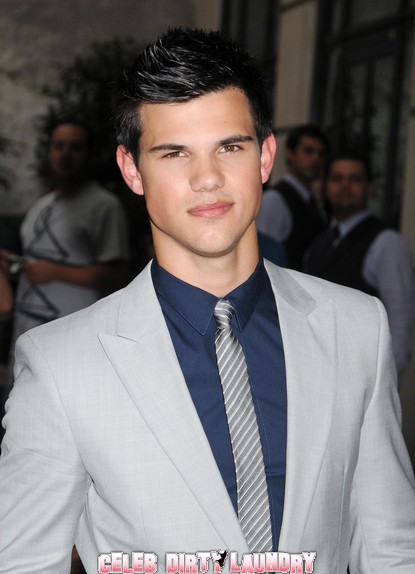 Taylor Lautner seems to have it all – a hot career on the rise and a stake in the Twilight franchise, with Breaking Dawn set to hit theaters this November.  So why would his PR agent of just 3 months, Robyn Baum, drop him?

The answer to that appears to not have much to do with Taylor himself, but his father, Daniel Lautner.  What has daddy done?  I’m not a genius or anything, but one would have to assume that he is pretty much a nightmare for his son to be given the axe so soon.  With the final Twilight saga in the bag, and an upcoming role as both action star and co-producer in the movie Abduction, I’d assume he’d be a PR’s dream.

I guess not – Slate PR represents a number of big names in the industry (Daniel Craig and Johnny Depp to name a few), and Baum was said to have not been willing to deal with the difficult patriarch.  Baum also worked with Russell Crowe in 2006, and then subsequently dropped him.  Baum plays hardball!

It will be interesting to see who he ends up with, but let this be a message to dear old daddy – play nice in the big leagues!