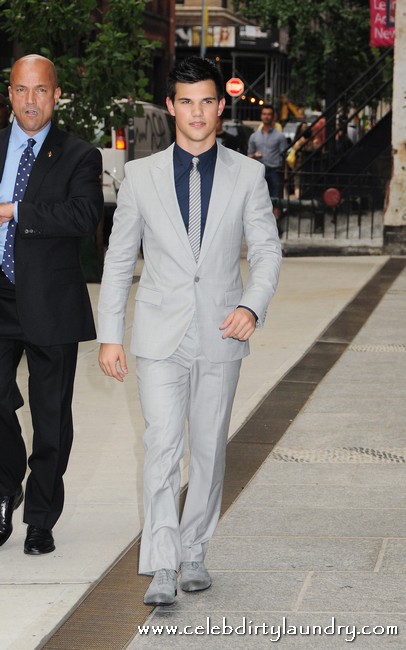 Taylor Lautner is set to wrap up filming on ‘Breaking Dawn’, the last movie in the hugely successful ‘Twilight’ franchise and the 19-year-old star who plays ‘Jacob Black’ in the vampire drama series, recently spoke about his future.

Lautner, who is now one of the most recognisable faces in Hollywood, claims he is willing to sacrifice a private life for his A-list movie status, saying, “Obviously there’s the loss of privacy and the paparazzi and the media.  It comes with the territory, and I know that, and I wouldn’t trade it.  It just comes with it.  But I’m so thankful for everything, I’ll take that stuff,” he explained.

Once filming on ‘Breaking Dawn’ is complete, Lautner will look to expand his Hollywood resume by starring in the action flick ‘Abduction’.  The film follows the story of a young man who sets out to uncover the truth about his life after finding his baby photo on a missing persons website.

Despite his new role, Lautner admits he’ll have plenty of spare time on his hands once ‘Twilight’ comes to an end, saying, “To be honest, I’m pretty scared because whenever I finish filming a movie and I go home and just have time to relax, I wake up and I’m like, what am I going to do today?  It’s so weird not having to wake up at 5 a.m, go to work, come back”.