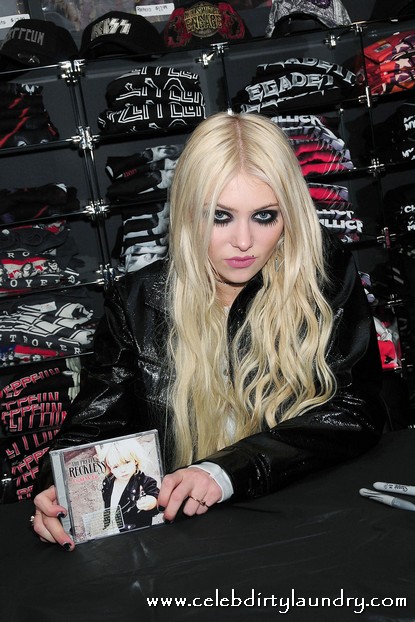 Teen star Taylor Momsen got more than she bargained for with a big eyeful of naked breasts while performing with her band, the Pretty Reckless, Wednesday night at a Rolling Stone-sponsored Music Unites charity event.

During her set at Dominion NYC, sources said she invited female audience members onstage “to dance topless.”   But Momsen apparently didn’t mean to be taken literally.  While she covered the microphone so the crowd wouldn’t hear, she told volunteers not to take off their bras.

However, witnesses said, one unattractive lady decided to take her bra off and dance around with her chest exposed.   “Momsen and her band looked really embarrassed,” said one attendee.

Some offended guests made a break for the doors, while Tinsley Mortimer, Brian Mazza and former Penthouse Pet Krista Ayne danced on.