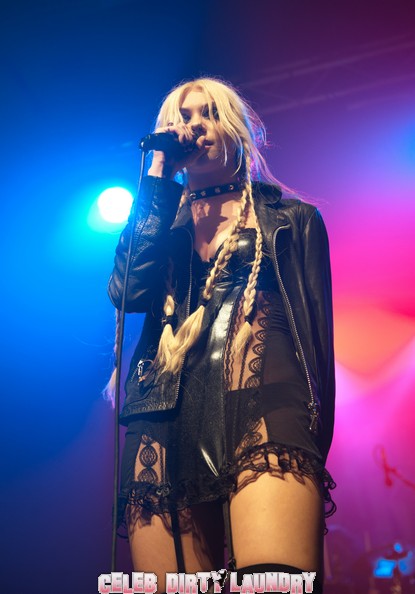 Color us completely grossed out!

Taylor Momsen says that she doesn’t have time to take a shower! I guess that gives new meaning to her song, Make Me Wanna Die…doesn’t it? Eww. Make Me Wanna Puke is more like it…

Now that she’s quit her acting job on Gossip Girl, she’s dedicating all of her time to her band, The Pretty Reckless. And when I say “all” of her time, seriously, it’s all of it. When she’s not taking 15 minutes out of her day to take care of her personal hygiene, that gets pretty stinky.

When speaking of being on tour, she said, “A lot of the time you don’t have time to wash your hair or shower. It’s very chaotic.”

She went on to reveal, “We’re on tour forever. We’re pretty much on the road until at least 2012. And then it will continue!”

Then we’d be safe in deducing that she’ll be stinky and gross throughout this year and well into the next?

She’s so dedicated to her craft, isn’t she? She said, “I quit acting, actually. I quit Gossip Girl and now tour and am in a band and that’s pretty much all I want to do. Hopefully I’ll be able to only do that for the rest of my life.”

Let’s hope that she finds the time to figure in some quality shower time while she’s at it.