That New ‘Angel’ is Model and Actress Amy Vital’ 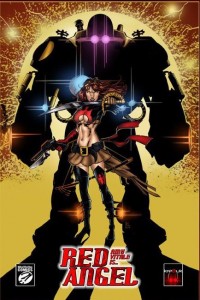 The new full-color comic book series “Red Angel” features a redhead, chiseled beauty as its star. She might look familiar.

In the series, Victoria Angel is the captain of an airship called Red Angel, whose crew is tasked with defending rebels after the Machine Wars of the late 19th century.

The comic series’ debut issue can be pre-ordered at http://whatthefluxcomics.com. Red Angel #1’s price is $3.75 plus tax and $1.00 shipping and handling.