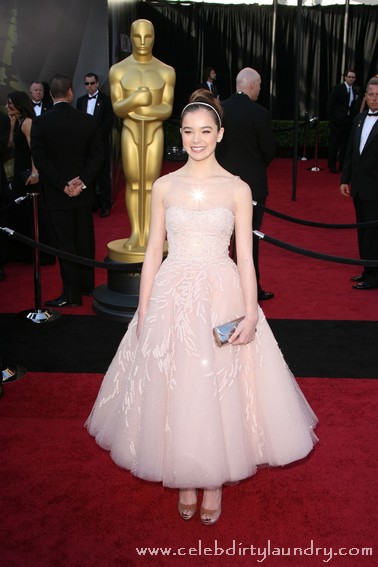 The 83rd Annual Academy Awards Red Carpet Arrivals has started and the red carpet is overflowing with the tops names in show business.   The awards are the most highly-anticipated event of the awards show season and is being held this year at  the Kodak Theatre in Los Angeles, CA.   The awards honorand recognize excellence of professionals in the film industry, including directors, actors, and writers with Natalie Portman, Colin Firth and the King’s Speach the odds-on favorites to win the top awards.

Opting for a younger face for the this year the show will be hosted  by Anne Hathaway, 32, and James Franco, 28,  who is up for best actor for his work in “127 Hours”. It’s only the eighth time in history — and first in 25 years — that a host has also been up for an Oscar in the same year.   This is the first time either has hosted – so will they dazzle the crowd and the millions of viewers tonight – we will know soon!

Keep refreshing because we will be adding pictures as the celebs arrive!  Celebs below include: