BY Rosie Leblanc on May 21, 2011 | Comments: one comment
Related : The Bachelorette 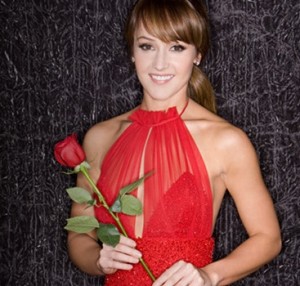 This first glimpse at the new 2011 The Bachelorette, is brought to you by Rosie at Fit Fab Celeb.

Brad Womack‘s leftover, Ashley Hebert, 27, who resides in Philadelphia, where she is finishing her degree in dentistry, gets a new shot at love on Monday night when she stars in the seventh edition of The Bachelorette.

This season The Bachelorette will travel across Asia, including Thailand, Hong Kong, Taipei and the Fiji Islands. Some of the highlights are a private concert by Pop Singer Colbie Caillat, a Bachelor Las Vegas Competition Featuring “Jabbawockeez,” who won the first season of the reality dance competition America’s Best Dance Crew and a concert by Far East Movement and the First Bachelorette Roast ever, headlined by Roastmaster General, Jeffrey Ross.

Ashley has put all thoughts of Brad Womack behind her, is ready to jump start her life and put her heart on the line with a new significant other.

Sneak Peek: Episode one begins with a huge surprise as Ashley tells that she already knows one of the men, someone a former “Bachelor” cast member has warned her is here for the wrong reasons, I wonder who?  Meanwhile, old insecurities come back to haunt Ashley and she reveals to Chris Harrison that she fears the men will be disappointed that she is the Bachelorette. The 25 eligible hunks start arriving, eager to make an impression and win her heart; including a handsome chef who steals a kiss; a Wall Street banker who brings her a pair of ballet tickets; a winery owner who pours her a bottle of her own special vintage and a former professional baseball player who recites a poem that he wrote for her. Although, nothing tops the mysterious bachelor who comes out of the limo wearing a mask! How romantic and sexy. Finally, the man Ashley has been warned about arrives; though skeptical, she is thrown by his good looks and quiet charm. Who will it be? Stay tuned.