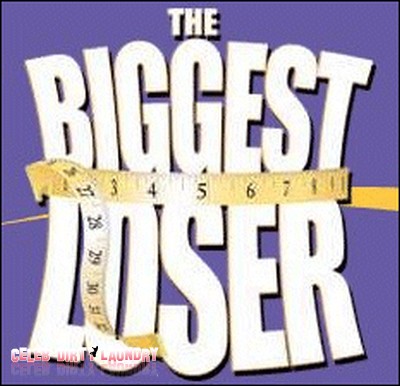 Tonight the contestants on The Biggest Loser face their biggest challenge ever when NBC returns with a whole new episode.  Stay tuned as we cover their official recap of show with up-to-the-minute details.  Tonight is the tenth week and the trainers will prepare the contestants with a Thanksgiving feast.   The contestants start their week with a holiday food temptation involving Thanksgiving favorites and amazing prizes, including a coveted 3 lb. advantage.   WOW, a 3 lb advantage is a lot at this stage of the game.

Last week Bonnie was sent home after she landed in the bottom two with Becky.  I am sad to see Bonnie leave, Bonnie asked to be sent home because she wanted Becky to stay on the farm.  Such a nice lady!   Bonnie visited the Today Show recently and she told them she found success on the show and said, “I started at 254 (pounds), and on ‘The Biggest Loser’ ranch, I lost 73.  Since last August, I’ve lost 123.”  If you missed last week’s episode you can read our official recap here!

This week the Biggest Loser has a two day Thanksgiving event and on Wednesday there will be a reunion show.   They will be getting the biggest loser family together and there will be lots of surprises.  See a sneak peek of the episode here!

Tonight’s Episode: The contestants come down to the kitchen and it is not their normal kitchen.  It is filled with all kinds of Thanksgiving food.  Alison tells them that a lot of American’s take Thanksgiving as the time to cheat on their diet.  The average American eat 4,500 calories on that day.  Alison tells the contestants they know how to avoid eating too many calories.

Then she tells them there is a challenge and their are 3 prizes: a 3 lb advantage; a 25,000 Cybec home gym delivered to their house or $500 per lb they lose.  She then tells them there are  100 dishes in front of them, they have to eat the food on the plates and they have five minues to do it.  For each plate of food they eat there is a number under the plate.  The person with the lowest number gets to pick first, the person with the second lowest gets to pick second and third lowest gets to pick third.

Everyone grabs a plate and eats but Sunny does not she keeps looking at the food and is surprised that everyone is eating.  Sunny gives up and takes a plate and eats.   The three lowest numbers are  Becky 38  Antone 46  Vinnie 10

Vinnie wins and he chooses the 3 lb advantage, Becky chooses the home gym and Antone gets $500 for every lb he loses.

The contestants head to the gym and they tell the trainers about the challenge and what they won.  Bob is happy because the three winners are from the Black Team.

John is the only person left on the Red Team and he does not want to go home, so he is working really, really hard.  Becky is the oldest and the smallest player in the house so she has to work really hard!   Bob does not care if Vinnie has won the 3 lb advantage.  He wants Vinnie to lose 9 lbs this week so he can make the 100 lb mark.  All the contestants are working hard to get the spots above the yellow line.

The competitors meet in the evening at Inspiration Peek, they have to run up  1 mile on Jacobs Ladder (5,080 feet to climb) .  There are three prizes:

40 minutes in – they are dying – 1 mile up on jacob’s ladder – yikes! John wins challenge!!  Sunny 2nd, Antone 3rd.  John takes the 1 pound advantage for himself and he will give the 1 pound disadvantage at the weigh in to some unlucky contestant.

Anna is pushing her Blue team through their last chance workout – she is boring as usual… .  Bob is also working his Black team – he talks them through as well as he can – Vinny is getting pissed off… Antone is trying as is Becky.  John is being driven by red coach Dolvett – and he is working the hardest in my opinion.  Got to love John!  John is a bit tired from winning the jacob ladder challenge – but he is being pushed by Dolvett – he is really the best coach this last chance workout.  Lasat chance workout is over!

Below the yellow line is  Ramon  and  Sunny and they are up for elimination!   Sunny would have been okay except that John saddled her with the extra pound.  John survives by 1/100 of a percent!!