The Countdown To Brooke Mueller’s Drug Test – Will She Make It? 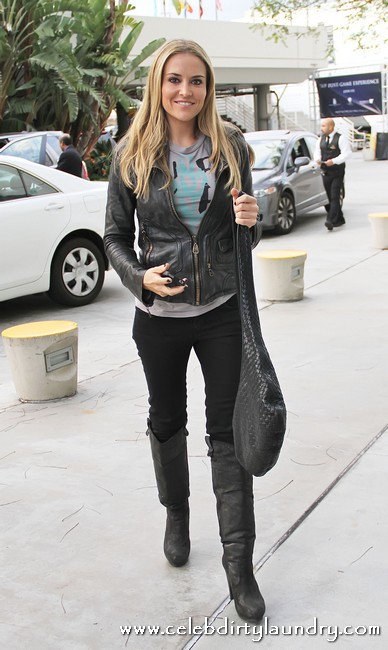 Charlie  Sheen’s soon to be ex-wife Brooke Mueller, 33,  is scheduled to do a drug test at 6PM tonight.    That is in less than three hours and rumor has it she is no where to be found and her cell phone is off.   Friends fear she has fallen off the wagon again.  If she does not make it to the test there is a very good possibility that she will lose custody of her twin boys.  It won’t be much of a surprise if she misses the drug test she has had at least 13 previous attempts at rehab.

As part of Charlie and Brooke’s custody agreement they agreed to random drug tests.    Meanwhile Brooke was seen yesterday at a pawn shop trying to pawn an expensive watch and stereo.   Brooke was unsuccessful in her attempt because she did not have proper ID.   Odd behavior for someone who gets $55,000 a month in child supppert  from Charlie.   TMZ is reporting that Brooke’s mother claims she was actually at the shop pawning the items for a friend as a favor.

If Brooke is a no show for the test the testing centre will report her no show as a fail and then I am guessing Charlie will try to gain custody of the children.   In less than three hours we will know!

UPDATE:   They came to Brooke’s house for the drug test and her lawyer was there he told them she refused to take the test.  A refust is considered a fail.  No word yet on what Charlie’s reaction is.