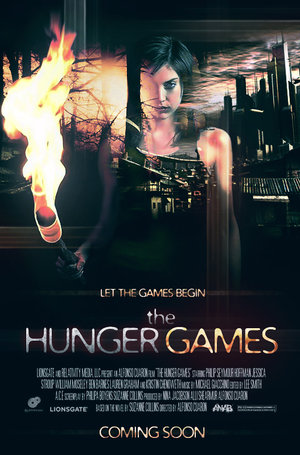 Its all about money and making more of it and that is why Lionsgate studio decided that The Hunger Games trilogy should unfold as a four-film series. The same greedy logic that applied so profitably to extending the The Twilight Saga and Harry Potter series is at work here.

The details of how this will be done and what the titles of the various parts of the series will be remain to be determined. Obviously – Is there going to be Catching Fire and then a two-part Mocking-jay?

“The property is generating tremendous buzz and excitement, and it all points to a major Lionsgate franchise in the making,” CEO Jon Feltheimer said in a conference call with reporters Wednesday.

“We have distributors who consider this as their big brand next year, the movie that can change their company,” added motion picture group president Joe Drake.

Actually, Lionsgate probably wouldn’t mind if it changed their company a little bit, either. Its motion picture group saw a 10-percent surge in revenue over the last fiscal year (including on-demand and DVD money), but Feltheimer admitted that their films had been hit-and-miss at the box office.

“Our numbers going forward should reflect growing momentum in our film business,” he said in a statement.

No doubt that there is massively growing interest in adventures of a spunky teen played by Jennifer Lawrence who’s fighting for her life – and now for four films instead of three.