The Next Cast Of ‘Celebrity Apprentice’ Announced 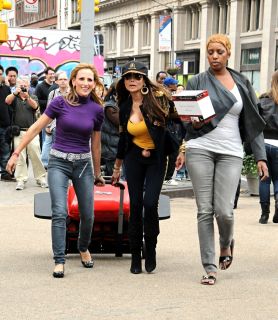 Donald Trump has officially announced the cast for the upcoming season of ‘Celebrity Apprentice.’

The billionaire confirmed who will be the 16 famous faces participating in the 11th season of the NBC show during an appearance on Thursday’s Late Night With Jimmy Fallon.

Here Is The Cast:

Trump said that people can expect to see fireworks between ‘The View’ hostess Star Jones and ‘Real Housewives Of Atlanta’ personality NeNe Leakes.

“It was like fistfights all the time,” he told Fallon. “I’ve never seen confrontations like that. In fact, they make Omarosa look nice!”

Sounds exciting and we’ll be watching when the show kicks off in March.