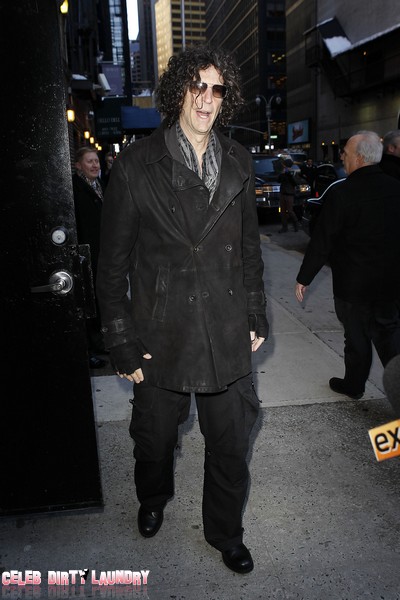 The Parents Telivision Council’s (PTC) president, Tim Winter has asked NBC and Simon Cowell to protect America from Howard Stern by refusing to hire the shock jock to join Sharon Osbourne and Howie Mandel on the judge’s panel of ‘America’s Got Talent.’

This is same foolish man and organization who slammed ‘Glee’ for what they saw as a ‘promotion’ of teen sex last week. Now these puritanical sharks have set their narrow radar on Stern and are threatening ‘America’s Got Talent’ and NBC for considering Stern to replace outgoing judge Piers Morgan. Are Winter and the PTC concerned that Stern might be too rude for their little brats?

PTC president Tim Winter said in a statement: “If the rumors are true that NBC is considering the addition of radio shock jock Howard Stern to the ‘America’s Got Talent’ judges’ table, the result will be the alienation of tens of millions of advertizing dollars.”

“Such a move smacks of desperation by the once-proud peacock network. Any short-term buzz from Stern’s shock value will result in a longer-term decline as families abandon the show for more suitable programming.”

“Bringing Stern to a program like America’s Got Talent is decidedly a bad business decision,” PTC president Winter added. “We hope the programming executives at NBC realize it before Stern has an opportunity to sucker-punch families who tune in for a talent show.”

The last thing we want is a self-appointed censor telling the rest of us to what we should or should not be exposed. Do Winter and the PTC understand that it is none of their miserable business who is hired to judge ‘America’s Got Talent?’