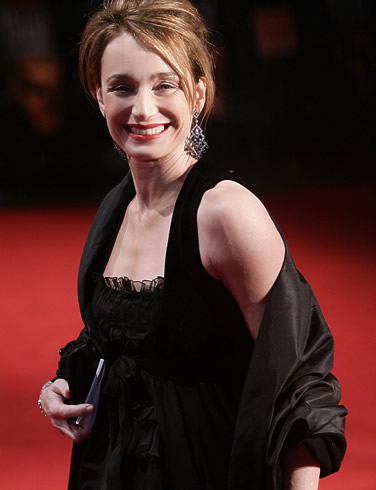 “Mr. Hollywood” Shannon Rose of “The Rose Hollywood Report” sat down and talked one on one in an exclusive interview with Kristin Scott Thomas as she discussed her new movie “Sarah’s Key“; which is set to hit theaters this month.

“Sarah’s Key” is based on Tatiana de Rosnay’s New York Times best seller, “Sarah’s Key” is the story of an American journalist living in Paris, Julia Jarmond (Kristen Scott Thomas), whose research for an article about the Vel’ d’Hiv Roundup in 1942 in France ends up turning her own world upside down.

Thomas appeared on the TV movie “Gulliver’s Travels“, “The Horse Whisperer“, and made an appearance on the British Hit TV series “Absolutely Fabulous“. She talks with Rose about her brand new movie “Sarah’s Key” and gives you an inside look into a movie that takes us back in time to one of the world’s darkest times.