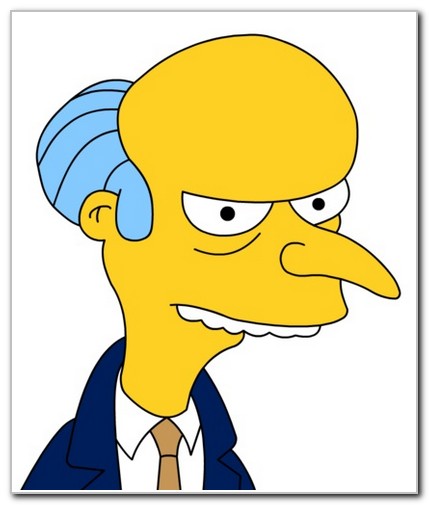 ‘The Simpsons’ future is in jeopardy because FOX wants to cut production costs and the voice actors are not giving in… enough!  One of the stars of ‘The Simpsons’ has had an offer to take a 70 per cent pay cut rejected.

Harry Shearer – who voices several major characters including Mr. Burns, his assistant Smithers, and Ned Flanders – made the offer to studio 20th Century Fox Television but said the proposal was hinged on he and his castmates receiving a cut of the revenue the show makes from international sales and merchandise.

In other words – the cast was willing to give up money they earn on the front end to get more money on the back-end.

FOX is expected to make a decision today on whether to continue producing the show – declined Shearer’s offer, despite originally asking the cast to take just a 45 per cent cut.

Shearer said in a statement: “To make it as easy as possible for Fox to keep new episodes of ‘The Simpsons’ coming, I’m willing to let them cut my salary not just 45 per cent but more than 70 per cent – down to half of what they said they would be willing to pay us. All I would ask in return is that I be allowed a small share of the eventual profits.”

“There were, the Fox people said, simply no circumstances under which the network would consider allowing me or any of the actors to share in the show’s success.”

What nonsense – these voice actors get over $8 million each year – more than 10 times what they could in the entertainment market away from ‘The Simpsons.’ These people already share hugely in the show’s success – that is why they were getting over 8 mil/year each!

Shearer acknowledged he is well-paid and doesn’t expect sympathy and said he is still hopeful an agreement can be made that results in the continuation of the animated comedy series.

He added: “As a member of ‘The Simpsons’ cast for 23 years, I think it’s fair to say that we’ve had a great run and no one should feel sorry for any of us.”

“But given how much joy the show has given so many people over the years – and given how many billions of dollars in profits News Corp. has earned and will earn from it – I find it hard to believe that this is Fox’s final word on the subject. At least I certainly hope it isn’t, because the alternative is to cancel the show or fire me for having the gall to try to save the show by helping Fox with its new business model. Neither would be a fair result – either to those of us who have committed so many years to the show or to its loyal fans who make our effort worthwhile.”

Fair has nothing to do with the issue – if the voice actors don’t like what FOX is willing to offer then let them walk away, form their own corp, and make their own billion dollar cartoon.