‘The Simpsons’ To End After 23 Seasons 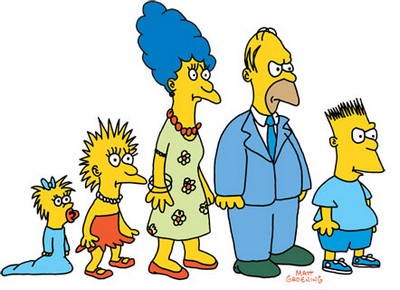 ‘The Simpsons’ first aired in December of 1989 but the show may very well finish at the end of the next series if Fox and the star voice actors can’t agree on money.

Although the show has earned billions in profits over the years production costs have risen too high for Fox. The key cast members have offered to take a 30% cut in pay in exchange for a small percentage of the profits taken from global syndication and show-related merchandise – but Fox is asking for a 45% pay reduction.

A source told The Daily Beast: “Fox is taking the position that unless they can cut the production costs really drastically, they’ll pull the plug on new shows.”

“The show has made billions in profits over the years and will continue to do so as far as the eye can see down the road. The actors are willing to take a pay cut of roughly a third, but that’s not good enough for Fox.”

A spokesperson for Fox Television admitted the show – which was created by Matt Groening and James L. Brooks – cannot continue “under its current financial model” but insisted they have not yet called a halt to negotiations.

The representative said: “23 seasons in, ‘The Simpsons’ is as creatively vibrant as ever and beloved by millions around the world. We believe this brilliant series can and should continue, but we cannot produce future seasons under its current financial model. We are hopeful that we can reach an agreement with the voice cast that allows ‘The Simpsons’ to go on entertaining audiences with original episodes for many years to come.”

My guess is that Fox will win this war with the actors. These people, although very talented, do not have a market value for their services commensurate with what they can earn on ‘The Simpsons,’ even with a 45% pay cut.