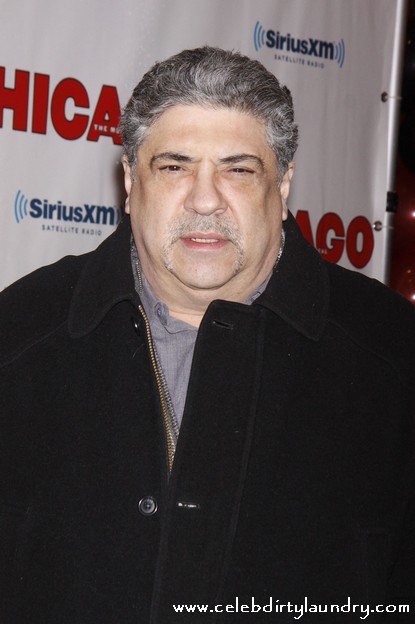 Former “Sopranos” star Vincent Pastore who played Salvatore “Big Pussy” Bonpensiero went on an expletive-filled rant after filming this weekend.  It seems a crew member on his new reality show, while trying to be helpful, accused him of drinking too much to drive home in his car.

The female crew member on VH1’s new restaurant-themed “Famous Food,” which also stars Heidi Montag, Danielle Staub, and Ashley Dupre, refused to return Vinnie’s car to him after a long day of shooting, claiming the actor had been drinking a lot causing Vinnie to Flip.

Vinnie denies drinking insisting he poured his wine back into the bucket all night – but the crew member wouldn’t budge.  Vinnie eventually abandoned his attempt to get his own car back and caught a ride home with a friend.