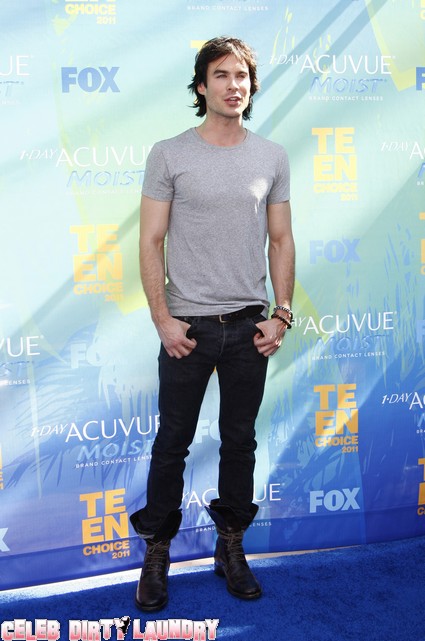 Ian Somerhalder as Damon Salvatore is my favorite actor on the great show ‘Vampire Diaries.’ Although the show is supposed to be targeted at teens, and I have teenage kids of my own, the fast-paced action and serious drama, as well as some clever humor, works for me.

On this new season of ‘The Vampire Diaries’ it looks as though we are going to see some more of the kinder side of Ian Somerhalder’s character of Damon. The character is going to be without the stabilizing influence of brother Stefan, who is off destroying the world with Klaus. This just might allow his feelings for Elena to get quickly out of hand.

Speaking in a new interview Somerhalder does admit that he prefers to have the darker, more violent side of the character than the softer, sensitive one we may see at times this season:

“I would rather just remain the bad-ass dude that gets all the great lines and rips everybody’s heads off. That’s what I would prefer. I know it sounds a little sadistic, but it makes for a better character. But, I don’t think that’s the way life is.”

But don’t worry – there will still be a major element of evil darkness brooding in Damon this season. We expect that his overwhelming love for Elena will get in the way of his helping his brother get out of the clutches of Klaus.