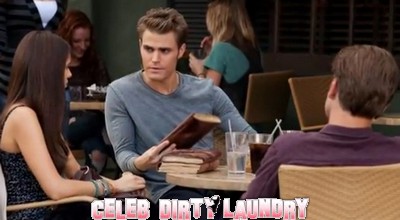 A preview for The Vampire Diaries episode 7 has been released and it is appropriately named “Ghost World’ since Halloween is next week.  We have the preview of ‘Ghost World’ below for your enjoyment and it is exciting!  On tonight’s episode Matt is still reeling from seeing Vicky but has decided to bring her back from the dead.  However, he finds out it is not as simple as that and Vicky has to kill Elena.  He needs Bonnie to help him reverse what he is done.  Katherine also figures out a way to bring Michael the Vampire Killer back and the consequences of doing that put her in harms way.  Tyler feels like he has been given a gift by Klaus much to Caroline’s displeasure.  If you missed tonight’s episode read our official recap here!

Official synopsis: NIGHT OF ILLUMINATION — As Mystic Falls prepares to celebrate the traditional Illumination Night, the town is invaded by spirits of the dead.  After a particularly violent encounter with an angry spirit, Damon (Ian Somerhalder) asks Bonnie (Kat Graham) to find the reason behind the ghosts’ surprising power.  Elena (Nina Dobrev) convinces Jeremy (Steven R. McQueen) to use his connection to the other side to help her find a new way to reach Stefan (Paul Wesley), leading Jeremy to a terrible choice.  Finally, Alaric (Matt Davis) discovers a long-hidden clue to the past.  Candice Accola and Zach Roerig also star. David Jackson directed the episode written by Rebecca Sonnenshine.

The episode opens with Damon telling Alaric ‘Remember back when we conspired to kill uncle werewolf Mason Lockwood?  Well I think he is still a little mad at me.’   Across the screen flashes ‘Keep your friends close and your werewolves closer.’  The preview shows us a glimpse of someone tied to a chair and then pans in on Damon and Mason and Mason says “Do you think I would lead you into a trap” to which Damon replies: “The thought crossed my mind.”   It looks like another great episode!

The episode airs on the CW on October 27th, 2011.  Check out the preview video below and let us know in the comments below what you think!