The X Factor USA: L.A. Reid Insults Simon Cowell, The Gloves Are Off! 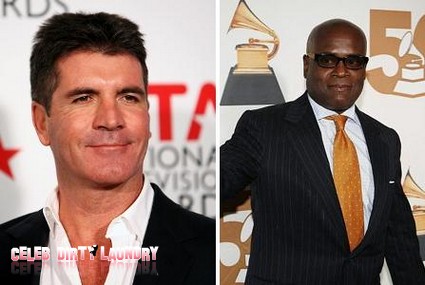 On last night’s X Factor USA Top 7 elimination show Drew Ryniewicz landed in the bottom two with Marcus Canty.  Her mentor Simon Cowell was visibly upset that she was in the bottom two and blamed himself for her placement.  Simon took the mike and told people that it was his decision that she should sit in a chair during her performance of  Billy Jean from Michael Jackson’s sixth studio album, Thriller.

As everyone knows when Michael Jackson performed this song it was with lots of movements and dancing.  It is a very dynamic song and people were not expecting the crooning ballad that Drew delivered.  It was a novel and brilliant interpretation of Billie Jean but one the audience was unprepared to accept.  Take a look at the video of Drew’s performance below.

Simon begged fellow judges Paula Abdul and Nicole Scherzinger to give Drew another chance.  However both of them chose to keep Marcus Canty in the competition.  L.A. Reid felt that Simon was not sincere when he said he was at fault for Drew being in the bottom two.

It looks like the feud is still on and the gloves are off.  Meanwhile Drew does not blame Simon for her elimination.  She did not agree with Simon’s decision to have her sit on a chair and remain stationary for her rendition of Billie Jean.  She said, “I’m not mad at Simon. I feel like we were both trying to figure things out and it obviously ended not the way we planned, but I know that God has a different plan.”

I thought Simon looked sincere when he apologized.  Do you think Simon was sincere or was he trying to get Nicole and Paula to vote with him?  Do you think Drew should have gone home last night?  Sound out in the comment below!