Tiger Woods’ Fired Caddie, Steve Williams, Plans To Get Even! 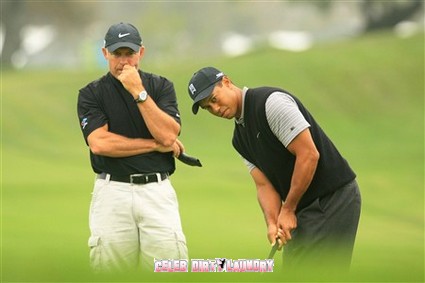 Freshly fired caddie Steve Williams plans to write a blockbuster tell-all book that seriously threatens to reveal even worse secrets in the adul­tery and drug scandals that rocked Tiger Woods.

Williams, a native of New Zealand, carried Tiger’s bag for 12 years, 72 wins and 13 major titles.  The two were so friends and attending each other’s weddings.

‘Tiger is terrified about what the book will reveal,’ a source says.  According to the source Tiger said: ‘Steve was too close to me. He knows too much.’  ‘Tiger is trying to figure out a way to stop the book because he’s con­vinced it will wreck what’s left of his reputation.’

Is there anything left of Tiger’s reputation?