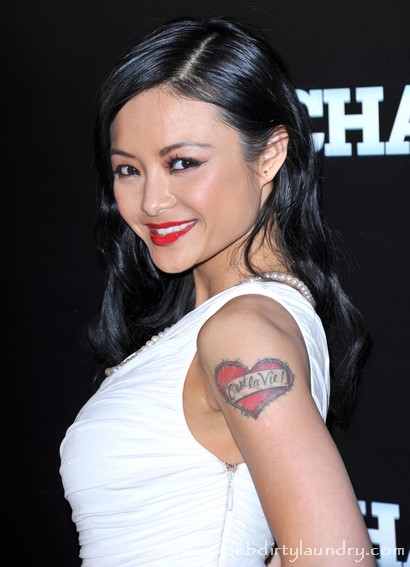 Although Tila Tequila appears to be very upset about her lesbian sex tape being released by Vivid Entertainment,  company owner Steve Hirsch says he gave her the opportunity to buy it back, and she declined.

“I met with Tila last week and she wanted to buy that tape back.  I told her she could for the right price, but she went crazy saying it was too much money and she’d already bought another one back.” Steve said.  “I told her if she’s not happy, then sue me. I have a call in to one of her attorneys, so we’ll see what happens.”

“It’s really the first all-girl celebrity sex tape so people are really interested in that and Tila is really good, and it shows in the tape.  As a result, the sales have been beyond our expectations.”

“It could probably be argued that in most cases it’s helped their career.”

In Tila’s case there is no other career.