Tila Tequila Uncorked To Be Released By Vivid 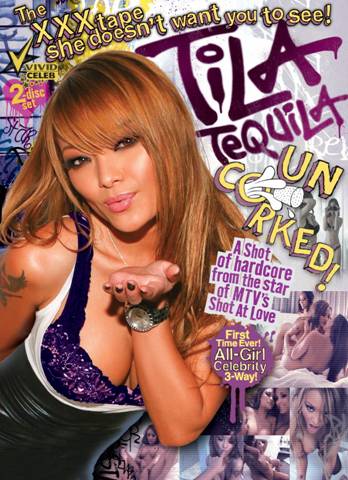 Well color me surprised that Tila Tequila’s girl on girl sex tape that Tila denied venomously existed, actually does exist.  Celeb Dirty Laundry actually posted the proof of its existence yesterday when we were able to see a copy of it.  I am still getting over it, we posted some leaked pictures from the tape.   We got to see it because apparently the tape was jacked by Pornhub and posted on the internet for all to see.  Nevertheless, Vivid Entertainment will be releasing ‘Tila Tequila Uncorked.’  The tape will feature Tila with not one woman but three women.  I guess when Tila denied what she meant was they were not giving her enough $$$$ yet.

Vivid has this to say about the tape:

“There is enormous interest in this sexy and controversial celebrity, so when we were offered footage of her with two of her girlfriends, we acted immediately,” said Steven Hirsch, founder/co-chairman of Vivid.  “Their sex is extraordinarily graphic and hot. We know that our fans will enjoy it because Tila’s sexual appetite is like her life style — she holds nothing back.  It should be noted that there’s been a fake Tila Tequila sex tape out there for years, but I can assure you that ours is totally authentic.”