Titanic Sails Back into Theaters in 3D 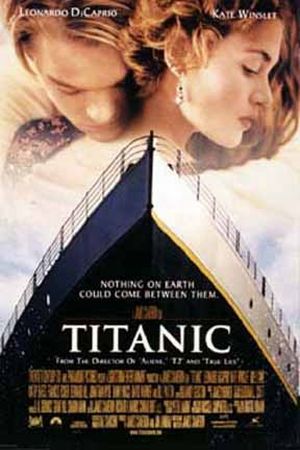 One of the biggest films of all time is getting an unusual facelift as James Cameron plans to sail the Titanic back into theatres this spring with some in-your-face 3D upgrades.

I know that 3D is all the rage right now. And a lot of films are getting similar treatment.  I guess my question about all of this is, Why?  Titanic is already the second highest grossing movie of all time having earned approximately 1.8 billion during its maiden voyage.

The love story for the ages put a virtually unknown actress – enter Kate Winslet – on the map and quite literally on top of the world starring opposite hit maker, Leonardo DiCaprio.    Let’s not forget what it did for Canadian treasure Celine Dion’s career (her paycheck, heart, will go on and on and on and on).!  Incidentally, the first highest grossing film of all time – earning a whopping $2.78 billion – is Cameron’s other blockbuster hit, Avatar (don’t get me started).

So again, I ask – why? I’m not sure being in 3D adds anything to the love story spun around the ill -fated Titanic.  It’s not an action film with effects and explosions where movie go-ers want to feel like they are part of it all.   It’s not a scary film that reaches out and grabs you in your seat.  It’s a beautifully written and executed love story set against a historical tragedy.   It is perfectly beautiful as it is…

According to The Hollywood Reporter, the new and ‘improved’ version of the film will hit theaters in April 2012.  The overall conversion of the film is said to cost approximately $18million and will take around 60 weeks to complete.

James Cameron told The Hollywood Reporter “There are certain films that [warrant] being brought back to the theater.  There is a whole generation of people who haven’t seen it at all.”

The re-release this spring coincides with the 100th anniversary of the Titanic sinking.  Which I’m certain to people like Mr. Cameron, is no coincidence.

Is everyone happy with the revisions?  Kate Winslet told Stylelist.com, “At the end of the day, it’s weird. It’s really weird because it’s 15 years ago and I don’t know, I feel very disconnected now from actually what was going on in my life at the time and how I felt. “  She goes on to say, “It does mean a whole new generation of people will be seeing the film and that’s fantastic….I’m fascinated to se it in 3D myself, I still haven’t seen any of it…”