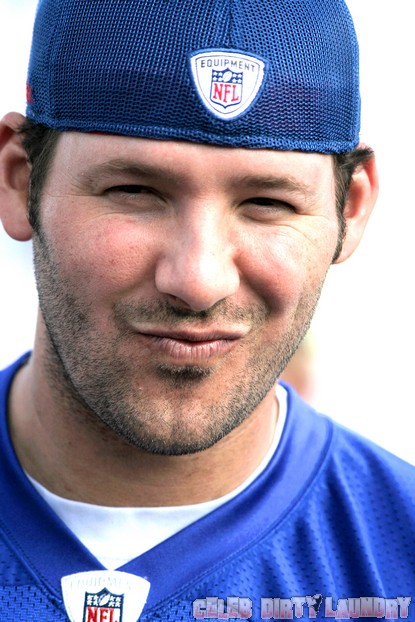 Jessica Simpson’s ex-boyfriend, Tony Romo is headed to the altar this weekend! Jess has already announced plans to wed her fiancee Eric Johnson in a huge ceremony on November 11th at 11:11, but it looks like he’s getting there first!

Tony is tying the knot with his fiancee Candice Crawford on Saturday, May 28th. The owner of the Dallas Cowboys, Jerry Jones, said that he got special permission to attend the wedding, due to the NFL lockout. He said, “I’ve gotten special permission. But more than anything I got the right ticket from him and his fiancee, Romo’s wife-to-be. It’s one of the prettiest invitations I’ve ever seen.”

Tony started dating Candice right after ditching Jessica in an IHOP parking lot the night before her birthday. I guess you could say he upgraded?

Of the wedding, Tony said, “It’s going to be a fun day. When you have the right one, you just know.”