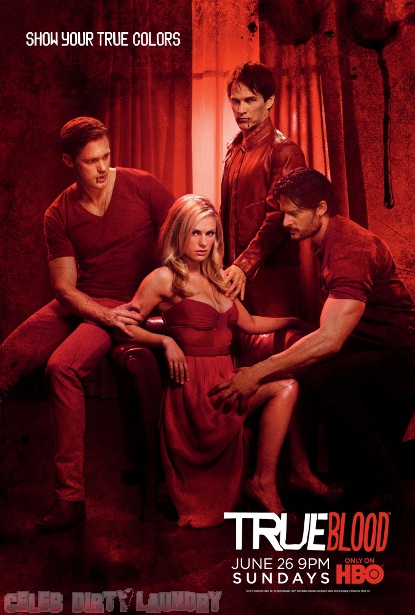 True Blood! True Blood! True Blood! If you aren’t super-duper excited for the new season of True Blood, then you deserve a first class ticket on the Crazy Train destined for Crazyville. Because this season is going to be better than ever. With a new coven of witches in town, the supernatural creatures — both living and undead — lurking in the shadows of Bon Temps better get ready for one heck of a ride.

Because these witches mean business.

I absolutely love True Blood, not only because it highlights paranormal entities, but because every week I know I can count being greeted by an amazing cast of characters and a complex, intriguing storyline. Alan Ball, the show’s creator (who based the show off of Charlaine Harris’s bestselling Sookie Stackhouse urban fantasy novels for adults), hasn’t disappointed me yet. I, personally, am most excited to see Fiona Shaw play the lead witch who, over the course of the season, will discover a way to control the vampires. And probably unleash a little hell in the process.

Enjoy the video. Cheers to a new season of True Blood *shakes in chair with excitement* which returns to HBO on June 26th!