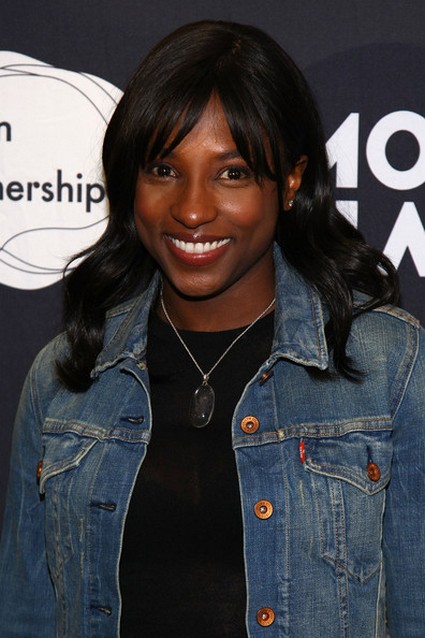 At the end of Season 4 of True Blood, the favorite adult fantasy/horror spoof, Rutina Wesley’s character, Tara, apparently dies at the end of the season’s concluding episode.

After her best friend Sookie is confronted by a gun wielding Debbie Pelt, Tara dives in front of her and takes the bullet. Her head is blown off, leaving fans to wonder if she’ll be back in the show’s fifth season.

Rutina has revealed that she is unsure about her character’s fate on the hit vampire show, saying that she’s still in the dark about Tara’s fate.

Rutina said, “Well, I mean, half my head is missing. I’m just gonna keep saying that.”

She went on to reveal, “You know, it’s True Blood. I feel like anything is possible. If anything it is the golden hour though. If she is able to be saved, it’s like she’s got 20 seconds. It’s not a lot of time. I’m curious to see what they’re going to do with all of it. I hope I’m back. But again, half my head is missing.”
Due to this cliffhanger ending there have been many rumors that Rutina might be moving to another TV show as many of the stars on True Blood do guest appearances on other shows. According to Examiner.com we can reveal the following:

But, all these rumors are really more important to fans not because she will or won’t be on another show, but they are looking for a sign that she will be returning to True Blood during season 5.

Rutina has confirmed, just after the Season 4 finale in September, that she would be back on True Blood but she herself remains silent as to the form she will assume.

Will we see Tara in Flasback scenes – will she be a ghost – perhaps a fairy? Of course on True Blood, literally anything is possible – so perhaps missing half a head might not be fatal!