True Blood’s Evan Rachel Wood The ‘Man’ In The Relationship? 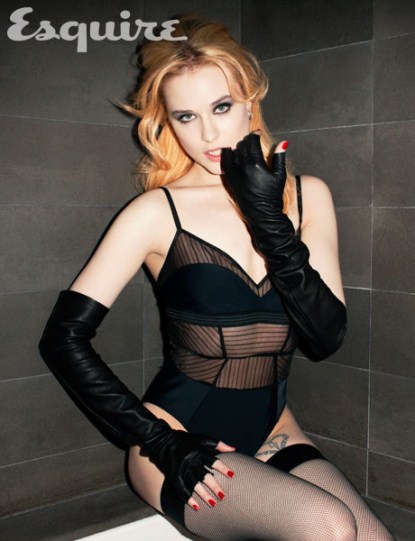 In the upcoming issue of Esquire magazine, ‘True Blood’ star Evan Rachel Wood opened up… a lot!   When asked about dating, the Queen of Vampires told the men’s magazine that she plays the role of gentleman when out on dates with women.  Women? Yep, the 23 year old confessed that she’s a romantic at heart, especially when out with women.

“Yeah, I’m more kind of like the guy when it comes to girls. I’m the dominant one, I’m opening the doors, I’m buying dinner. Yeah, I’m romantic.”

I wonder if her interest in women stems from her on-again, off-again relationship with rock star Marilyn Manson?  When news initially hit that the young actress and the scandalous, leather and makeup wearing Manson were dating, it came as quite a shock that the two, who seemed as opposite as it gets, would have anything in common.  Unfortunately they’re engagement came to an end last year, but it’s not so shocking to me that Evan chooses to swing both ways.  Also according to Wood, her interest in both sexes goes way back.

“I grew up in love with David Bowie,” Wood said. “So I was always into very androgynous things. Guys, girls … I’m into androgyny in general.”

Catch Wood in the HBO miniseries ‘Mildred Pierce’, and to those interested – guys and gals – she’s featured in several nude scenes!