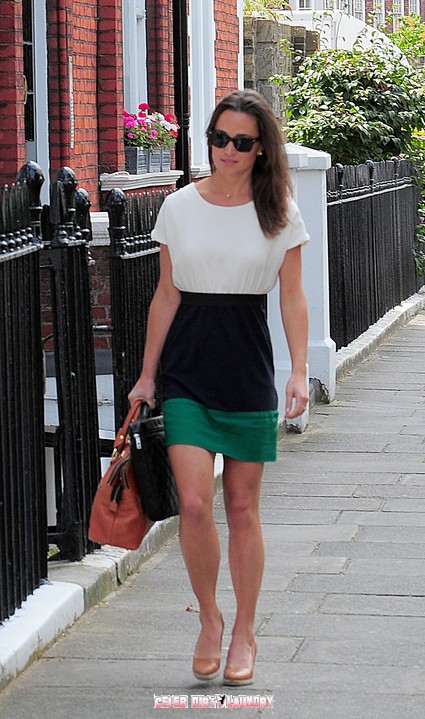 Everything you wanted to know and a whole lot more about Pippa Middleton, the sister of the future Queen of England, will be shown on a new TV special.  Pippa Middleton is featured in a TV special, ‘Crazy About Pippa,’ dedicated to the most famous British Bachelorette.

Promoted as a show that focuses on the “global phenomenon that is Pippa Middleton,” we expect plenty of hot shots of the sister who some say upstaged Kate Middleton at her own wedding.  “Suddenly it was all about Pippa! She single handedly crashed Twitter,” one source reveals.

Prince Harry, not known for his good judgement since he appeared at a party dressed as a Nazi, now calls Pippa “Foxy Filly.” Apparently those closest to the 27-year-old brunette will be giving out all the details anyone ever wanted to know about the younger Middleton sister.

No doubt this TV Special will be wildly popular. If people are willing to watch shows featuring the ugly, stupid, and obnoxious Kardashian sisters they should absolutely lap this up.  Whatever your tastes or background, Pippa Middleton is miles above the KarTRASHians.