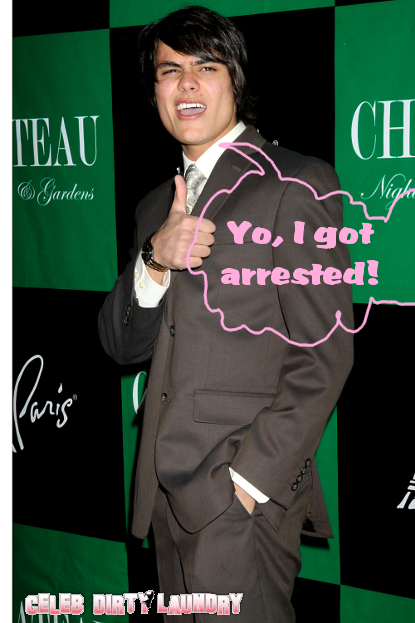 Twilight actor Kiowa Gordon, who plays a werewolf by the name of Embry Call in the movies, was arrested early Monday morning after police stopped the car he was riding in “for a routine registration check.” While local Arizona (state he was arrested in) media reported that a DUI was the reason for the arrest , he was actually arrested because he had an active warrant out for his arrest. *Gasp!* A Twilight fugitive!

According to his police report from back in 2010, Gordon was busted for possessing drug paraphernalia, as well as consuming alcohol while under age. It sounds like the actor is still in jail, but I bet he won’t be there for long . . . celebs — even borderline not famous ones — have incredible power when it comes to issues involving the law.

Do you guys have any thoughts on this, or know anything more about how the story went down? As always, we’d love to hear from you!