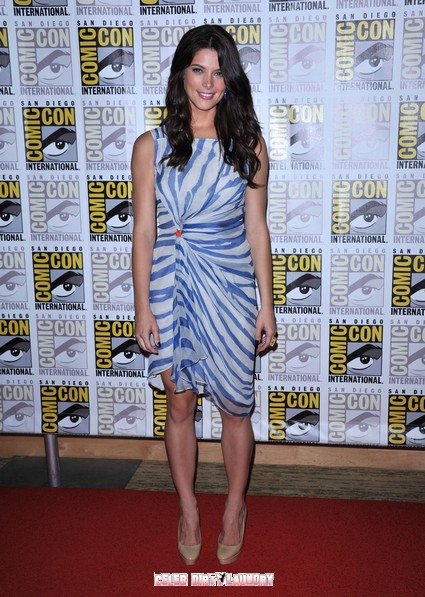 You mean the wedding footage isn’t real? Wahhhh!! Ok, I’ll deal. But as most of you can imagine, in my world I am ridiculously (and disgustingly to some) excited to finally watch the wedding between Twilight’s Edward Cullen and Bella Swan in the final installment of the series, Breaking Dawn. It’s been highly anticipated, even for those involved in the film.

Ashley Greene, who plays vampire Alice Cullen, revealed to Ok! that, “It was weird because she is one of my very good friends and even though it’s a movie, you feel like it’s real.”

Um, maybe because KStew and RPattz should be walking down the aisle also – duh!

She also added, “You are acting so you are feeling these emotions, and she is my best friend in the movie so you are seeing your best friend walk down the aisle so it was kind of odd that get a little emotional.”

Kristen Stewart talked about the scene at Comic-Con recently and revealed:

“I’d been ramping up to shoot that scene for four years (of Bella and Edward’s nuptials). They also put it at the end of filming, so I had to wait so long for it to happen. When I got to set I was just so nervous and terrified as I expected myself to be.”

Oh Kristen, ever the professional serious actress. I do love hearing all the inside scoop on how the actors felt, it to anyone would have been quite the emotional ride after filming 5 movies together and letting go of their characters.