Two and A Half Men Season 9, Episode 11 Synopsis & Preview Video

BY Kinsley Goldman on December 5, 2011 | Comments: 2 comments
Related : Ashton Kutcher, Synopsis, Two and a Half Men 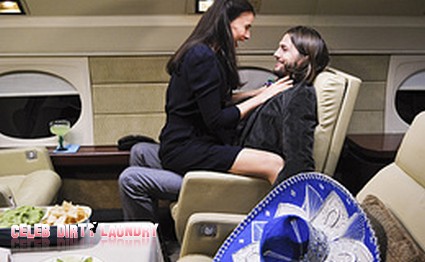 After a two week break Two and a Half Men returns this week with a whole new episode.  We are eleven episodes into the new season and it is called ‘What A Lovely Landing Strip.’   What do you think of the show so far?   Do you like Ashton Kutcher’s character Walden?   Walden has to be one of the most undeveloped characters in TV history.  The only thing you can depend on each show is Walden taking his clothes off.  If you missed the last episode ‘A Fishbowl Full Of Glass Eyes’  you can read our official recap here!

The newest episode starts as Walden tries everything to impress his new love interest but someone cames back and tries to desroy all of his efforts?  Guess who came back?  No other than his ex-girlfriend Bridget.  What’s going to be Walden’s reaction?  Is he going to pursue his new love interest or will he go back again to Bridget?  Come back to this spot tomorrow, we will be live blogging the show with up-to-the-minute details.

One of the funniest scenes from the preview is Alan saying to Walden about his wife, ‘She does not look like the type that would hold a grudge.’ and then you see a car drive through the wall and Allan says, ‘But I don’t know her like you do!’  Check out the video below and let us know what you think.  Sound out in the comments below!