BY Rosie Leblanc on December 12, 2011 | Comments: Leave Comments
Related : Recap, Television, Two and a Half Men 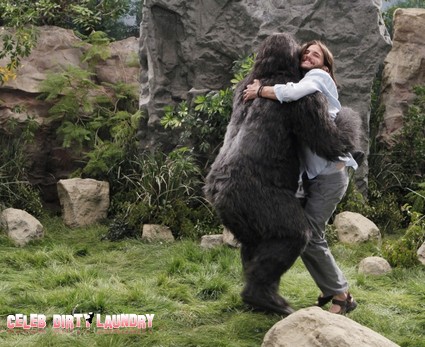 Two and a Half Men  returns to CBS with an all new episode.  It is the 12th episode in the new and hmm improved series without Charlie Sheen and it is called  “One false move, Zimbabwe.!”   Stay tuned as our sister site Fit Fab Celeb covers the show with up-to-the-minute details of the show. On last week’s episode Walden got himself into trouble when he started dating British babe, Zoe, and his ex-wife Bridget wanted him back. Did you miss the episode?  If so, you can read the recap HERE.

Episode synopsis: Alan falls for Walden’s mom when she comes for a visit and get this, she is going to spill a devastating secret from Walden’s past.  Mimi Rogers guest stars as Walden’s mother, Robin.

On this week’s episode week they are celebrating the holidays with friends and mothers! In the preview Walden is wearing a Santa hat with mistletoe hanging and he kisses Berta.  Later he is sitting at the table with his mother and Alan.   Walden’s mother says to Walden looking at Alan, “Is this the women you did not want me to meet?”  Walden says, “He is just a friend” and Alan pipes in, “A Butch and Sundance friend not Breakback mountain.”   From the previews it looks like Alan is falling for Walden’s mother, wonder how he is going to like that?

Our sister site Fit Fab Celeb will be live blogging the episode with up-to-the-minute results at 9PM EST.   Recap of Two and a half Men Season 9 Episode 12 ‘One False Move, Zimbabwe.’

Don’t forget to refresh your screen often, for live updates.  Enjoy the recap!