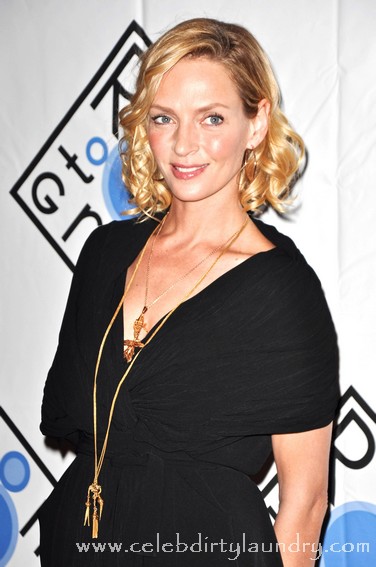 Uma Thurman who starred alongside Robert Pattinson in Bel Ami has nothing but positive things to say about the Twilight star.  Uma said Robert is “a really good actor.”   Bel Ami is a period drama that is a chronicle of a young man’s rise to power in Paris via his manipulation of the city’s most influential and wealthy women.

Uma went on to say she was impressed by how serious he was about acting “Robert Pattinson is, I think, going to be a really serious actor.  I think he’s incredibly concrete in his presence on the set and obviously is very handsome.   He is a very nice person and he’s sensitive.   He’s present… He’s a really good actor.”

The movie also stars Christina Ricci and Kristin Scott Thomas.  Uma said althought there are a lot of women in the movie  “I don’t think he was knocked down by all the women they threw at him [during the filming of Bel Ami], which I think is probably lucky for him.”

The film which hits theatres later this year is said to be full of sex and hopefully lots of naked Robert Pattinson :-)