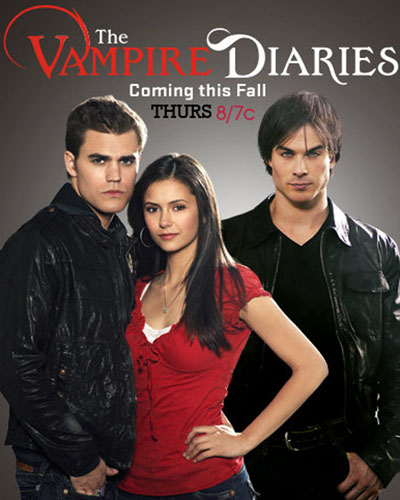 The Vampire Diaries is one of the most anticipated shows on TV right now, no wonder the CW network have released a brand new teaser to prepare ourselves for the danger on September 15th.   Nina Dobrev, Paul Wesley and Ian Somerhalder are back and after season 2’s cliffhanger storyline, we are eager to know what happened to Stefan.

“There will be a small time jump [from where last season ended] as we celebrate Elena’s birthday,” says Plec.  “But as is the pattern in Mystic Falls, the event never reaches its climax.” Now that she’s 18, “Elena and Jeremy technically don’t need a parent living in their house [following Aunt Jenna’s death].  She will be taking care of herself.”

Kat Graham talked about her character Bonnie to her fans.  Bonnie has faced troubled times with her grandmother passing away, sacrificing her life for her best friend to kill Klaus and always finding herself in conflict.  She fears that may lead to her being killed off the show.   She says: “I’m a huge fan of [exec producers] Kevin [Williamson] and Julie [Plec], both as people and writers. So, if they’re going to explore new avenues, it’s for a good reason.”