Vampires Are Super Sexy According To Kristen Stewart 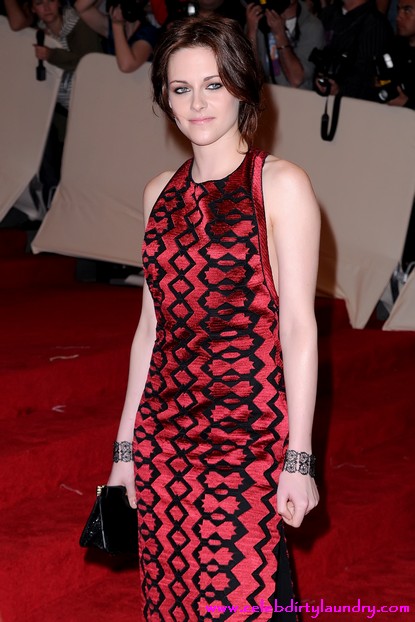 Kristen Stewart is convinced that vampires are sexy. And since she is the girlfriend of Robert Pattinson this comes as no surprise.

The 21-year-old-actress plays Bella Swan in the ‘Twilight Saga‘ and she can understand why her character would fall in love with blood-sucker Edward Cullen – who is portrayed by her real-life boyfriend Robert Pattinson in the film series.

She said: “Vampires are very sexy. I think it’s because they’re meant to draw you in just to the point where they can then kill you. It’s like a forbidden fruit. If it’s something you can’t have, then naturally you just want it more. Maybe that’s why I was drawn to the role of Bella in ‘Twilight’.”

She added: “I wouldn’t like to be confronted by a real vampire, though, as they can read your mind!”

Kristen doesn’t have to worry.