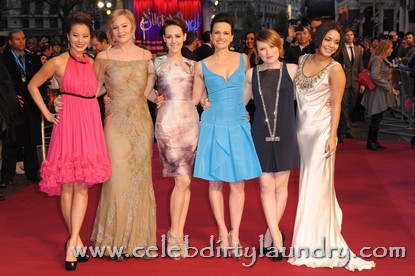 The critics had less than nice things to say about the movie they say it is confusing.  The girls said they really enjoyed filming it even though they had to go on strict diets and rigorous training schedule.

What do you think of the dresses the girls wore to the premiere?  I cannot say I love Vanessa’s dress, how about you?